Confused Temporalities was a weekly early morning radio show, co-hosted with Alek Mojsoski on NTS London showcasing experimental music and sound art.  NTS described the show as unearthly and that one should expect to hear found footage, ambient sonics, experimental avant-electronic sketches and whatever else doesn’t fit the mould.  The cold London 6AM cycle to NTS Hackney Studios was quite unearthly – particularly in the fog and rain of mid winter. In one of the first shows the station manager took fright when he heard Pauline Oliveros at 7AM and text messaged me to ask if it was possible to calm things down a bit. Rather confusing and not very feminist start to a promising residency. An example of the show’s format and form is below. 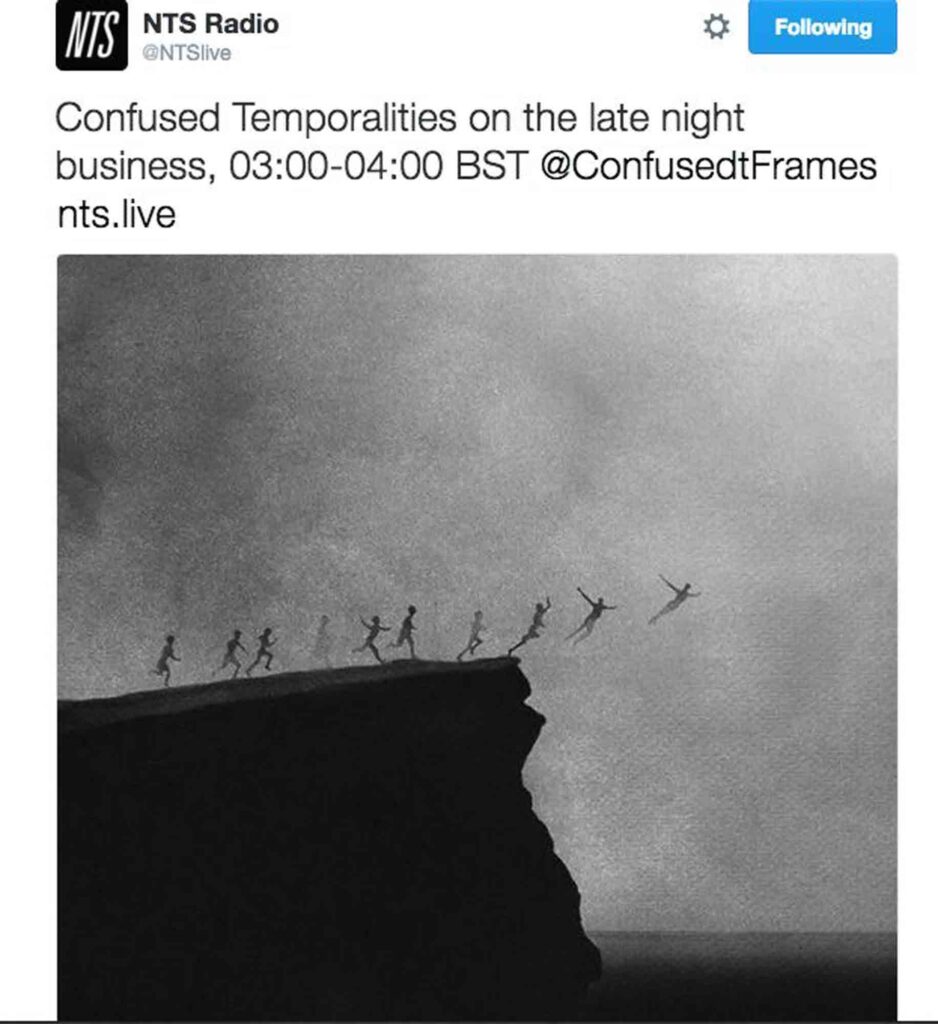