– 18 the May – Presentation of Radio Drama( Horspiel), Sound Collage – ”Johnny and the COVIDworldly beings”

2021 – ”From the Margins / Global Perspectives of LGBTQIA+ experiences”

Online Workshop – “Now, how you sound” A workshop on the politics of voice and listening. Hosted and facilitated by Dr Lee H. Ingleton and Johnny Pavlatos – Maynooth Univeristy Department of Law – Maynooth Ireland

2020 – Avelo Space – with Lee Ingleton and a small team of supporters, we developed, physically constructed and worked on AVELO SPACE – an art making space and think tank. We are currently considering an AVELO SPACE 2.0 – Athens Greece

2019 – Cruel Optimism – Inspired by the work of Lauren Berlant this was a weekly Feminist LGBTQIA experimental radio show co-hosted with Lee ingleton, it aimed at queering the sonic boundaries of radio and hope – Athens Greece

2013- ”888” – Intervention co created with Lee Ingleton. This intervention exposed a colonial past and employment and migrant issues on the celebratory union day for the efforts to win an 8 hours work, rest and leisure day – Carlton Australia

2020 – Maynooth Univeristy Department of Law IRELAND – From the Margins / Global Perspectives of LGBTQIA+ experiences – Online Workshop – “Now, how you sound” A workshop on the politics of voice and listening. Hosted and facilitated by Dr Lee H. Ingleton and Johnny Pavlatos – Maymooth Ireland

2012 – S:G:F:A: Magazine –  Contributer – SGFA zine celebrates a growing network of people working within, through and beyond the fields of sound, feminism and gender who have contributed to the SGFA events of 2012 and 2014. Sound::Gender::Feminism::Activism was initially established as a research event focusing on the role of gender in sound-based arts and experimental musics, following on from the Her Noise: Feminisms and the Sonic symposium at London’s Tate Modern in May 2012. The aim was, and still is, to develop and expand upon dialogues and discourses related to feminism and sound as well as to form an international network of researchers, artists and practitioners working in these areas – London UK

2007 –  Tony Gibbs – the fundmentals of sonic art. Tony’s text explores the worlds of sonic art and sound design through a specific lens and developmental process, and looks at the present state of these extraordinarily diverse genres through the works and words of sound artists and through an examination of the wide range of practices that currently come under the heading of sonic arts. The technologies that are used and the impact that they have upon the work are also discussed. Johnny’s socially engaged sonic critique of surveillance and sound technologies ‘inprint’ is documented in this text. Additionally, The Fundamentals of Sonic Art & Sound Design  considers new and radical approaches to sound recording, performance, installation works and exhibitions and visits the worlds of the sonic artist and the sound designer – London UK 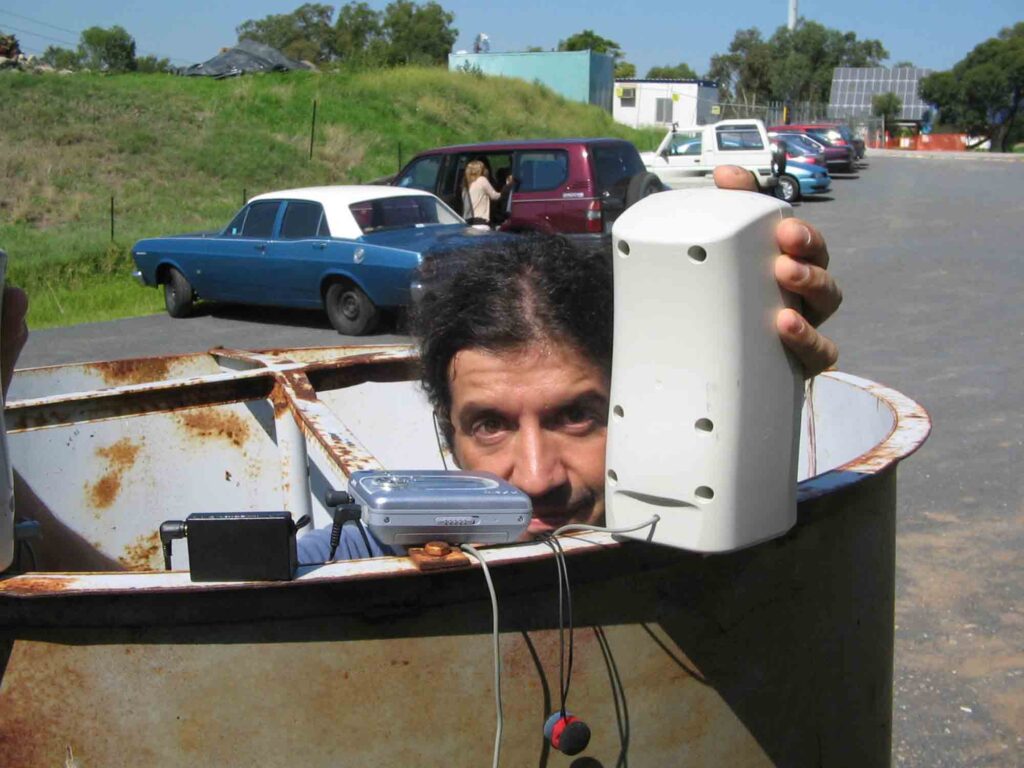