Queer temporalities on Resonance FM AIMED to challenge the heirachical structures that dominateD the airwaves. it proposed to disrupt the gendered politics of RADIO and question the temporal FRAMES and sexual practices of transmission and listening by insisting on queer feminist voices and sounds only in the hourly weekly show.

In queer tEMPORALITIES form Was a moOD AND MOde of critical resistance, it focused on imagining a world populated by queer feminist sound, its social geographies, its metaphors, the terrain of its bodies, the politics of borders and boundaries and explorations OF queer time FRAMES.

it transmitted compositions, music and sound art from queer feminist composers from all walks of life and from every possible geo-political location.

the experiment survived a year longer than the agreed upon, which originally was a 3 month residency. 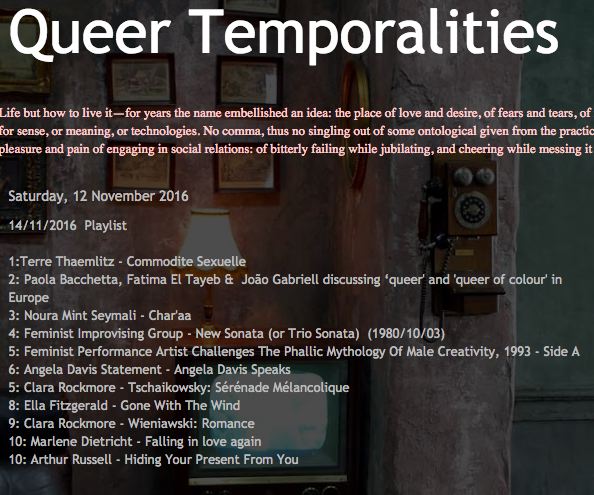